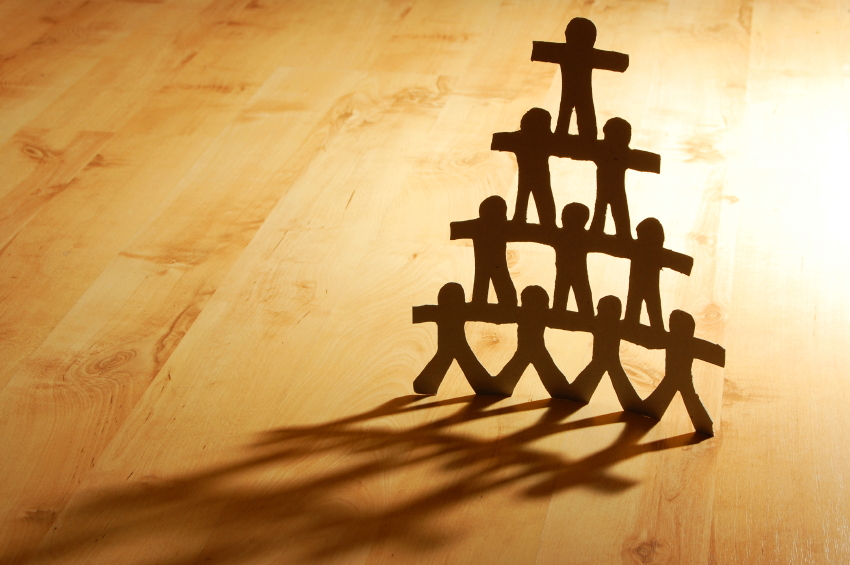 Most companies have a natural pecking order. The senior executives are on top, followed by directors, managers and supervisors, with the front line factory workers typically at the bottom of the totem pole. The flow of ideas from the top-down occurs quite naturally. But what about the other direction? What real, cost saving, income producing ideas are trapped in the uphill battle of an idea that originates on the factory floor?

Let’s assume we have an assembly worker named Mary. I would assert that, under normal circumstances, Mary is not likely to voice an opinion to the engineer whose designs she puts together all day long, even though she is clearly the one in the organization with the most information on that topic. Why won’t she? Perhaps its cultural from her background, perhaps English is Mary’s second language and she is intimidated, perhaps she believes (or the company culture has made clear) that it is not her place to question, but just to follow instructions. Whatever the reason, the best ideas for streamlining the manufacturing process and increasing speed and quality are trapped in Mary’s mind.

We Must be Intentional About Voice

It’s easy to say: “Why doesn’t she just speak up?” But for the reasons cited above and many others, she won’t. Unless we do everything possible to create a culture that honors the input of every teammate. Even then, certain cultural boundaries are very strong.

As Leader, You Must Show the Way

As a CEO, you must be the one to create an environment that naturally calls forth the maximum value of everyone in the organization. You must be the one to set the collaborative example. This often requires changing the game for ourselves and our executive team first. Most CEO’s and senior executives achieved their positions for good reason: they are smart. They were smarter than their peers and quicker to solve problems. It has been our “winning formula” and our identities can easily be wrapped around being the “answer man.”

Collaborative Voice requires the more senior layers of the firm to be open, humble, and inquisitive about other views. It requires a natural respect for others’ opinions and perspectives. It is enhanced by seeking answers through deep and broad inquiry as opposed to “I can name that tune in 4 notes!” like our prideful winning formula wants us to. Can you see how the very strengths that got us into the C-suite can become our biggest blind spot once there?

Capturing the Full Expression of Utilization from Everyone in Your Organization

One of the most heart breaking moments of my career was learning that a VP of Operations had told his factory workers that he had “Hired their hands and not their minds. That they were paid to follow directions, not think or ask questions!”

That kind of approach is incredibly destructive, both on a human dignity level and on a corporate value level. Never underestimate human potential, regardless of its level within the company. Discounting someone’s ability to contribute based on their education, intellect, communication skills or any other measure, is unwise. Experience is a great equalizer. Those who do the job simply know more about their subject because they live it every day and we don’t.

I will counter my least favorite story with a far better one in which one of our engineers with a degree from MIT spent three days on the factory floor, working closely with assemblers as they (together) put together a medical device he was working on. After three days of working and talking with them, he went back and made 42 changes to the assembly instructions in order to more efficiently build the product. This represents not only a productivity win, but also a cultural win. His display of humility and understanding that he had something to learn and the factory workers had something to contribute created long lasting cultural value well beyond his improved assembly procedure.

Creating a culture of collaboration that encourages the full expression and utilization of each and every person produces more holistic solutions, which in turn increases corporate value. This kind of powerful culture can only come from strong executive leadership and guidance.